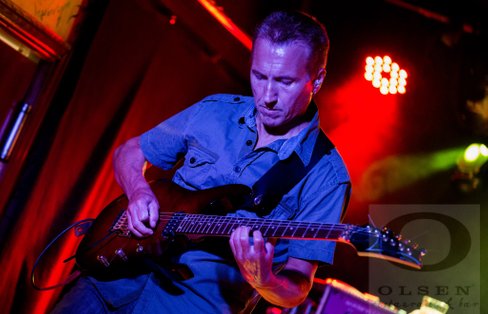 Torben Enevoldsen began playing guitar at the age of 14. Some of his earliest influences included Deep Purple, Black Sabbath and Van Halen. He quickly joined his first band, jamming on cover tunes and they even did a few gigs together. After a few years of playing with different bands, Torben decided it was time to make his own music. He bought a 4-track tape recorder and started experimenting with various ideas at home.  The first ideas he got were all instrumental and, already a big fan of this musical style, his passion grew even stronger. He played the first completed tracks for his very close friend, Torben Lysholm, a studio engineer. Lysholm was very excited by what he heard and invited Torben to come to the studio to record a few tracks. In May 1995, these recordings resulted in the release of the demo CD called, "Just In Case."

In July 1997, Torben went back to the studio to record yet another nine tracks, two of which included vocals. He was joined in Denmark's "Hot Sound Recording Studio" by Carsten Neumann and Christian Rajkai on bass, Kenny Lübcke on vocals and Torben Lysholm, who did the engineering, programming and backing vocals. Soon, a master tape, including the demo tracks in a new mix, was completed.

Torben Enevoldsen signed an agreement with Unigreen International in Holland who released "Guitarisma" on their ROXON label in December 1998.

In May 2000, Torben returned to the studio to record his second album "Heavy Persuasion". Assisted by Flemming Hansen on bass and Mickey Hurricane on drums, the final production comprises ten hard rock/heavy/progressive instrumentals exclusively. The album was recorded and mixed in ”Aabenraa Studiet” in Denmark by Jacob Hansen and produced by Torben Enevoldsen. Lion Music released the album in October 2000.

In the beginning of 2001, Torben needed a change of pace and now began writing an all vocal album. SECTION A was born and apart from Enevoldsen himself, the band would feature Andy Engberg (Lion’s Share) on vocals and Andreas Lill (Vanden Plas) on drums. The debut album called “The Seventh Sign” was released by Lion Music and Marquee/Avalon in June 2003 and features guest performances by Derek Sherinian (Planet X, Dream Theater) and Günter Werno (Vanden Plas, Angra).

Right after completing the material for the second Section A album, Torben started composing material for his third instrumental album "Flying Solo". The album was written, recorded and mixed by Enevoldsen himself in his own studio "The Lab", and released by Lion Music on May 20th, 2005.

In early 2005, Torben started writing material for a brand new project. The idea was to get back to basics and compose some fairly basic hard rock/metal songs. Mats Levén (At Vance, ex-Malmsteen) did the vocals and Daniel Flores (Mind's Eye, Tears Of Anger) the drums. The album was mixed and mastered by Tommy Hansen and released in April 2006 by MTM Music (Europe) and Gencross (Japan).

When the "Parallel Lives" album was released, Torben had already begun working on yet another new project. This time he teamed up with former Grand Illusion vocalist, Peter Sundell. Enevoldsen and Sundell decided to name the project "Decoy" and the style came to be very melodic hard rock, with a slight touch of prog and metal. Torben wrote all the music and played the guitars and bass and Thomas Heintzelmann did the drums. The debut album, entitled "Call Of The Wild", was released in April 2007, through AOR Heaven.

Enevoldsen spent most of 2008 writing new material. Some of this new material came to be very melodic AOR/hard rock, and the idea of doing a full album in this style quickly emerged. In order to spice things up however, Enevoldsen decided to ask a few good friends of his to participate, both as singers, but also as co-writers. This new project was called "Acacia Avenue" and the debut album features Tony Mills (TNT), Geir Rönning (Radioactive), Torben Lysholm (Pangea) and Lars Säfsund (W.O.A.) on vocals. Torben did the bass, keyboards and guitars, as well as both lead and backing vocals on a few songs himself and Thomas Heintzelmann did the drums. The self-entitled debut album was released on Lion Music, January 2010.

"Sacrifice", the third Section A album, had been in the works for quite a while and by the end of 2009, it was finally completed. Apart from Enevoldsen and Engberg, the album features new drummer, Thomas Heintzelman (Decoy) as well as a guest appearance by Lasse Finbråten of Circus Maximus. The album was released in 2010, through Lion Music.

At the end of 2010, Torben was asked to join the Danish hard rock band, Fate. He agreed and joined the band in January 2011. They released their first album together in November 2011, entitled "Ghosts From The Past". The second album, entitled "If Not For The Devil", was released through Avenue Of Allies, November 2013.

Before joining Fate however, Torben had been working on new songs for a second Fatal Force release. The line-up had been changed quite a bit and apart from Enevoldsen, the new album features Michael Vescera (Ex-Loudness, Ex-Yngwie Malmsteen) on vocals and Dennis Hansen on drums. The album, entitled "Unholy Rites", got released through AOR Heaven and Rubicon Music in July 2012.

Enevoldsen's fourth all instrumental album, "Above And Beyond", was released through Grooveyard Records on December the 6th, 2013. Apart from Torben on guitars and bass, the album features Dennis Hansen on drums.

Enevoldsen is currently working very closely with Rob Moratti on a few different projects, and on March the 20th, Escape Music will be releasing a new Rob Moratti album, entitled "Rob Moratti's Tribute To Journey", on which Torben is featured. New albums with Fate and Section A are also in the works, so there's a lot more new music on the way...

Currently holding endorsements with Soldano Custom Amplification and V-Picks, Enevoldsen continues to write music, perfect his guitar skills and work toward making his name a household word to fans of solid rock guitar. 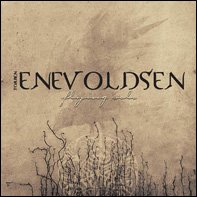 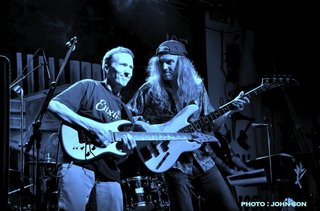